There’s no doubt about the fact that the shower is one of the bathroom’s most important fixtures. Thousands of years ago, people used to clean themselves by standing under waterfalls, and these can be considered as the first showers ever. Things are quite a bit different today – thanks to indoor plumbing, the act of showering is far more comfortable and even luxurious.

Showers spray water all over your body and are made in such a way that users can choose their preferred temperature. And even though these simple sanitary fixtures are used by millions of people every day, most folks don’t really know much about them.

While it’s true that we’ve got plumbers for a good reason – we just can’t fix every issue on our own – not every shower-related problem needs to be solved by a professional. Not if you know what are the parts that make up your shower, that is.

Here’s a shower parts names diagram that illustrates all the components of a standard shower. Below it, you’ll find detailed descriptions of the most important parts:

Parts of a Shower Diagram 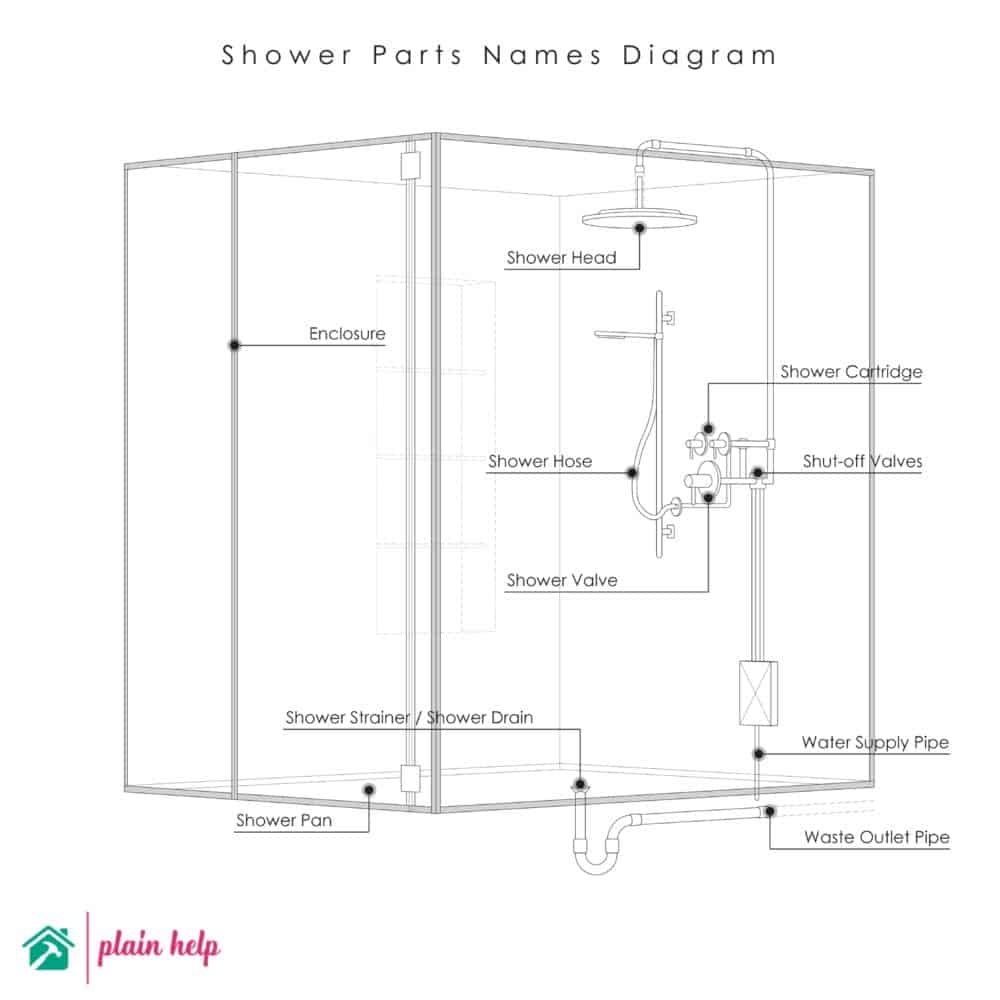 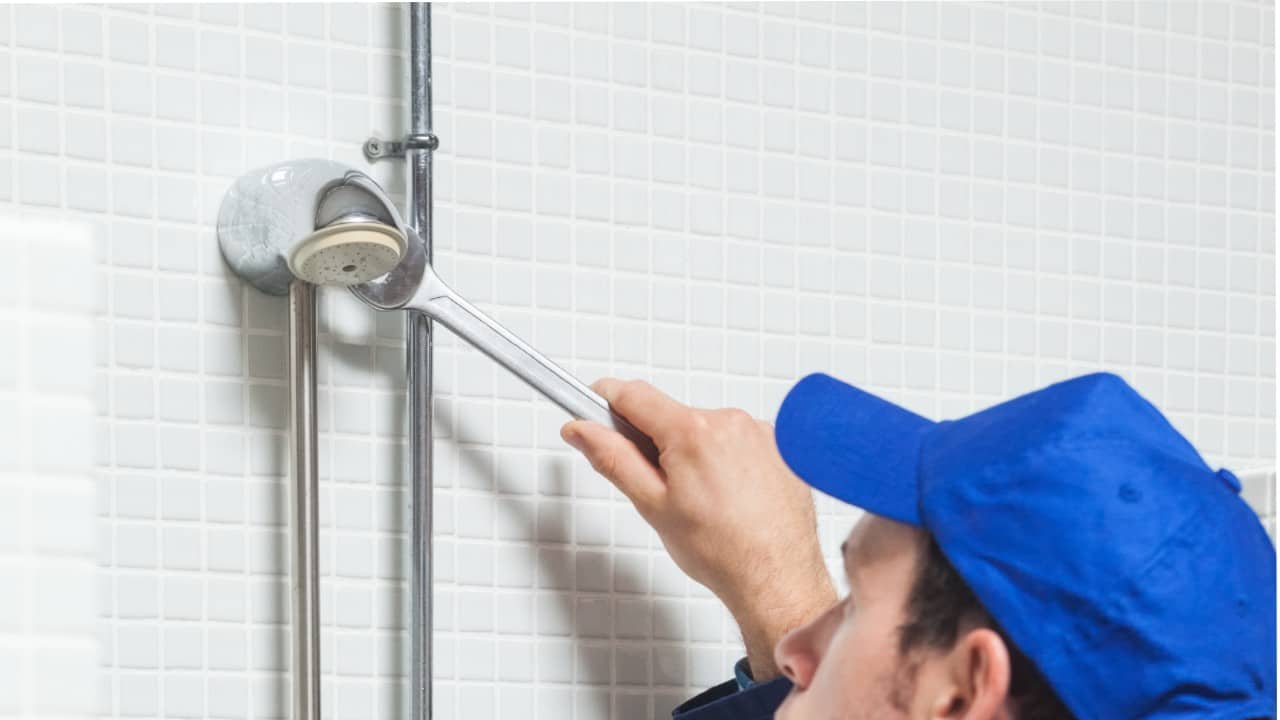 This is the part most people think of when someone mentions the word “shower”. It’s the most visible segment and one that is typically made out of copper, brass, chrome, or rubber. The showerhead’s role is a simple one – to release a stream of cold or hot water over the person who is, well, taking a shower.

Every showerhead has a number of small holes, which allows it to spread water in an equal manner. Some showerheads allow users to change the flow as they wish, i.e. they allow bathers to alter the stream’s strength and speed.

A steel hose connects the showerhead to the water pipes. Showerheads are available in many sizes and shapes, such as circular and square-shaped. Due to the recent water management regulations, it’s pretty safe to say that the overall design of these simple yet vital components has improved a lot.

Every showerhead consists of an arm and an escutcheon. The former part is a tube through which the water flows and which stretches from the piping to the showerhead itself. The area at which the arm slides into the wall is covered by an escutcheon, which is also called a flange. Truth be told, the flange is mostly decorative and its main role is to conceal the hole where the showerhead’s arm connects with the pipes.

If you are not sure what kind of showerhead you want, read this post on the best high-pressure shower head as well as these best dual shower head reviews. 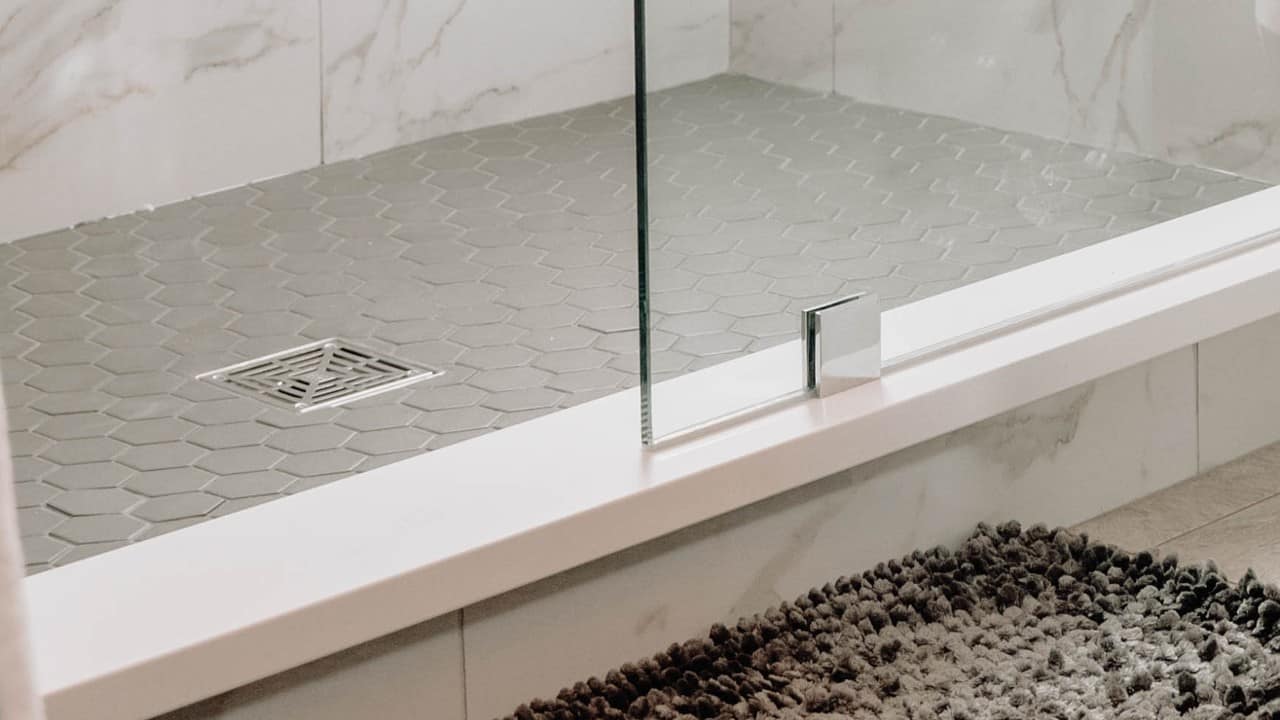 Here we have yet another very visible shower component – the pan. The shower pan is the section of the shower’s base on which you’re standing whenever you’re letting the water spray all over your body.

One very important thing to mention here is that shower pan leaks can be quite inconvenient and need to be prevented at all costs. When this component leaks, it can easily lead to rusting on the bathroom floor. Problems of this type have to be taken care of as soon as possible.

Like most other shower parts, the pans are manufactured from various materials. However, most of them are made out of a material called Chloraloy, which is a rubber layer that is bound together with a special type of concrete. See our guide to standard shower pan sizes for more information. 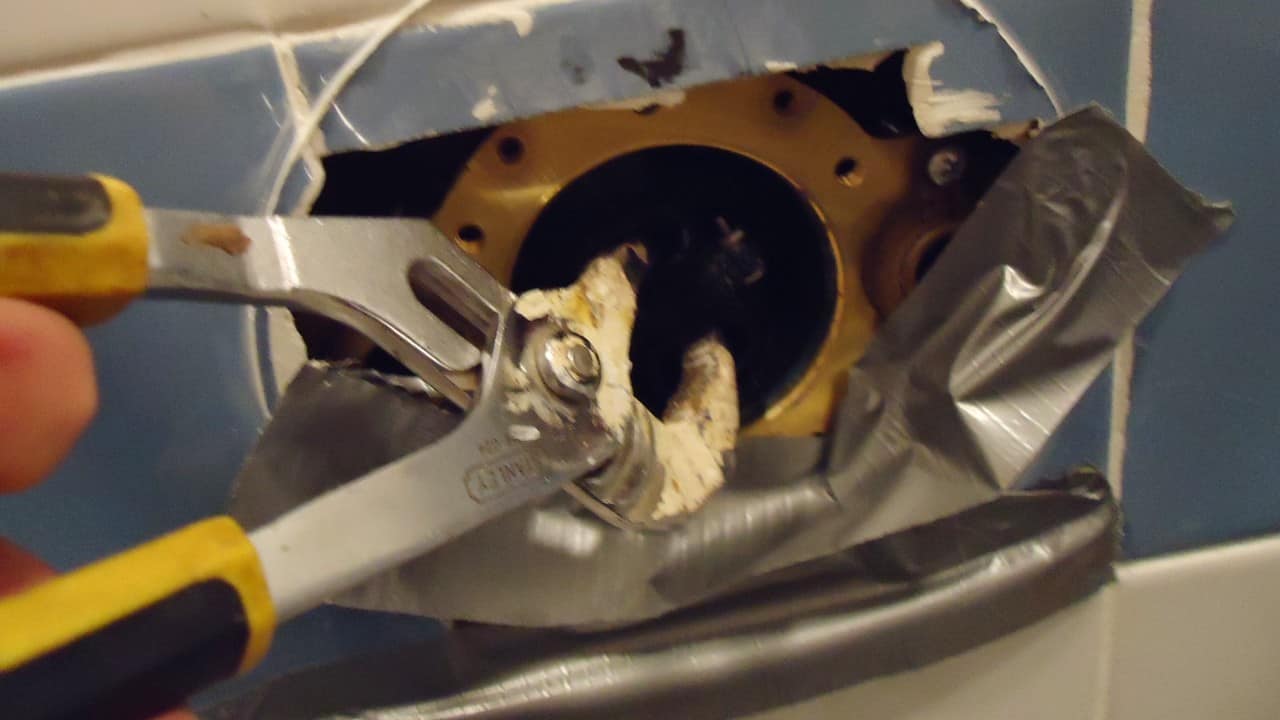 The next important shower component is the shower valve. As its name suggests, the purpose of this part is to control the flow of water from the handheld sprayer, spout, or showerhead. What is more, these valves also have the job of controlling the temperature in the shower.

When they’re installed correctly, the newest shower valves can turn every showering session into a genuinely relaxing experience, as they reduce water pressure fluctuations and sudden temperature changes. This component is typically situated behind the wall, and is available in two versions:

Have you ever found yourself in an unpleasant situation due to somebody flushing the toilet while you were showering? The person who flushed the toilet caused a sudden decrease in water pressure, leaving you without water in the middle of your showering session.

The role of pressure-balancing shower valves is to prevent these kinds of situations from taking place. What is more, they can also protect the user from very high water temperatures. Both of these functions are performed via just one control.

As its name suggests, the water supply pipe is the part that transfers cold and hot water from the supply to the shower itself. There are two pipping systems in most showers – the drainpipe system and the pressurized water supply pipe system. While the former removes waste by pulling dirty water into the drain, the latter carries hot and cold water for showering.

In older homes, water supply pipes are often made out of galvanized steel. If you live in an older house that was renovated, however, chances are that your water supply pipes are made out of copper. A buildup of sediment in both galvanized steel and copper pipes can lead to major water level drops over the years – make sure to have the pipes replaced if you’re experiencing such issues.

While it’s true that most homes still have copper pipes, PEX and CPVC plastic pipes are getting more and more popular with each passing year. This is because they’re quite inexpensive and also much easier to install. The last thing that should be mentioned here is that the water supply pipes are often more compact than the drain pipes. 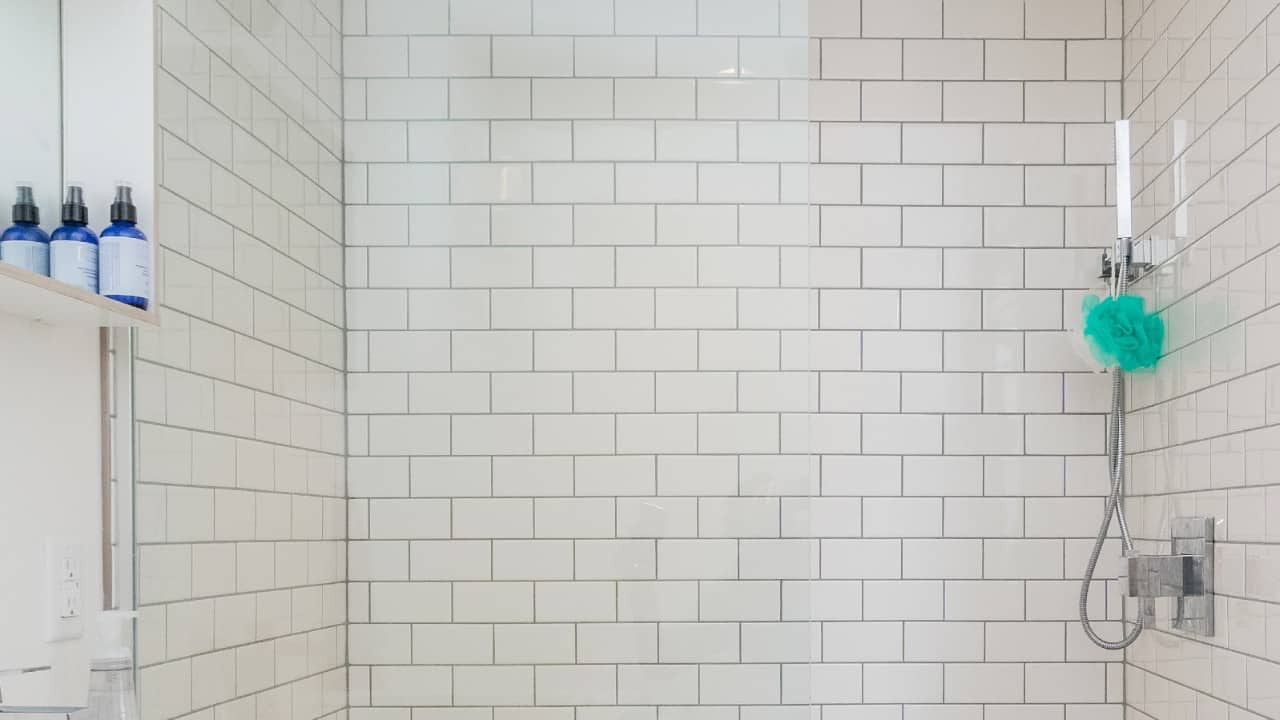 The enclosure is a component that is just as visible as the shower pan or the showerhead. In most cases, shower enclosures will be made out of economical tiles, but they can also be manufactured from materials such as natural stones, manufactured stones, glass blocks, or glass tiles.

Most enclosures have the aforementioned shower pans at the bottom, although some simply use floor tiles. And while it’s true that they often restrict the showering area with panels, some enclosures have no doors and sport a much more open design. Moreover, there are a lot of different types of enclosures one can choose from: framed, frameless, rectangle, square, quadrant, and many others.

For more information, check out our post on the best shower wall options. 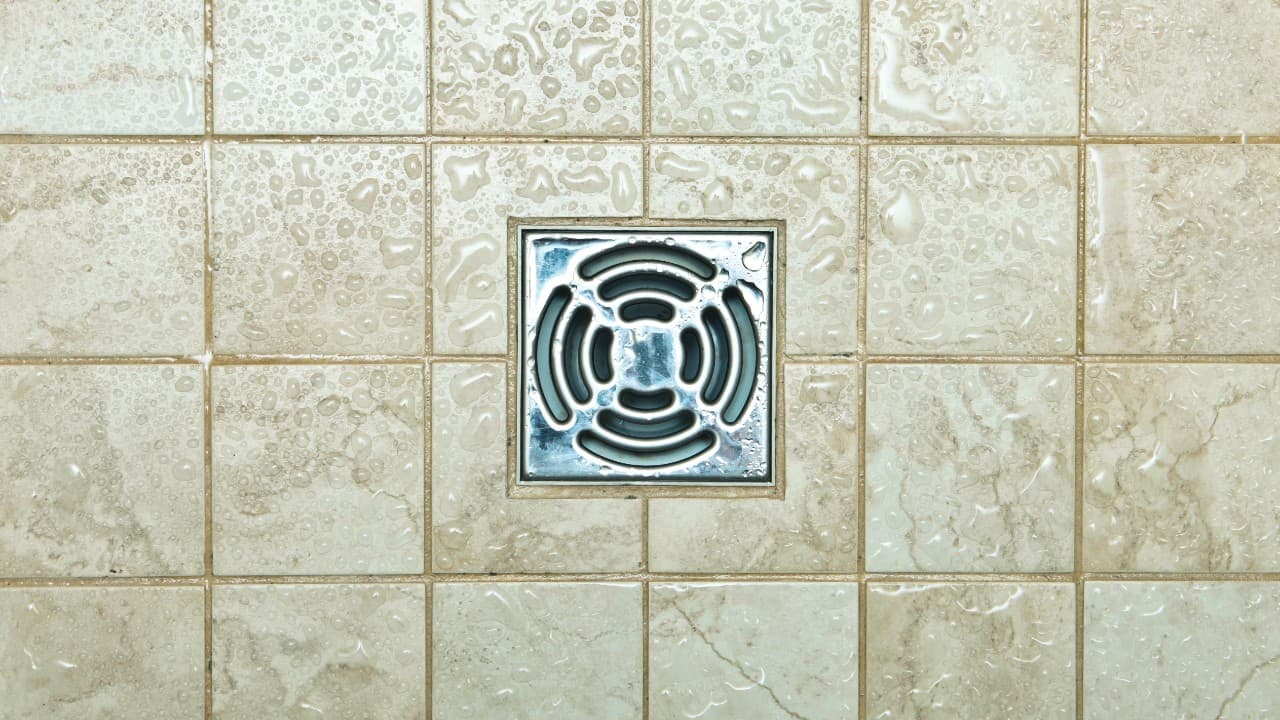 Something needs to remove the wastewater inside the shower, and that something is the drain system. In older houses, these are made out of galvanized steel – just like the water supply pipes. In newer houses, on the other hand, shower drains are made out of PVC plastic.

Most shower drains consist of the following components:

The role of this part is to protect one’s bathroom from the horrible sewage gases. It’s a component of the shower strainer that traps lingering water and which can, in the case of a drain blockage, be opened and emptied.

Usually made out of plastic or chromed brass, this is a simple pipe that seals another pipe – the one that’s right below the drain hole. Drain tailpieces are completely watertight.

The trap arm is typically located right at the end of the aforementioned drain p-trap. It’s a pipe that slopes downwards and which often has a very short length.

This would be a part of the shower’s plumbing system that moves forward and backward whenever the user pulls the shower handle – its role is to control the volume/temperature by opening the hot and cold water inlets.

Since it’s possible to adjust the shower’s temperature, every time you use the hot water setting by sliding the handle, this component will open the hot water inlet more and the cold one less, and vice-versa. 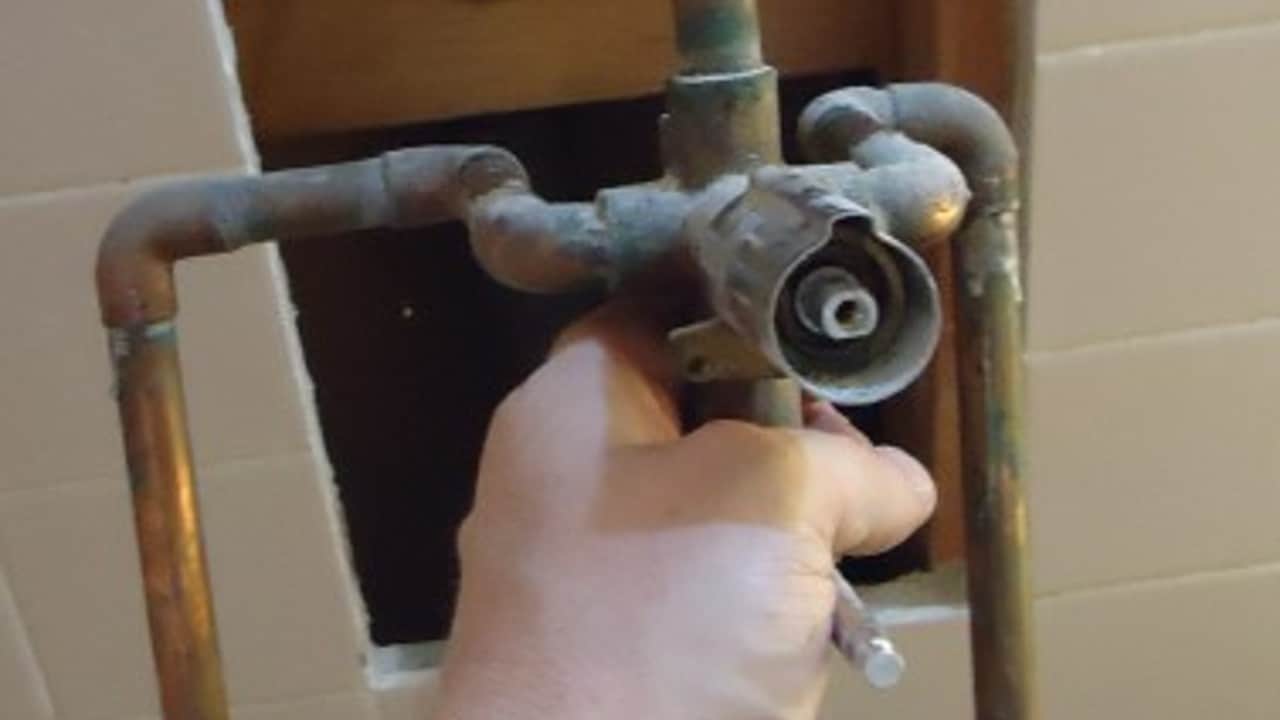 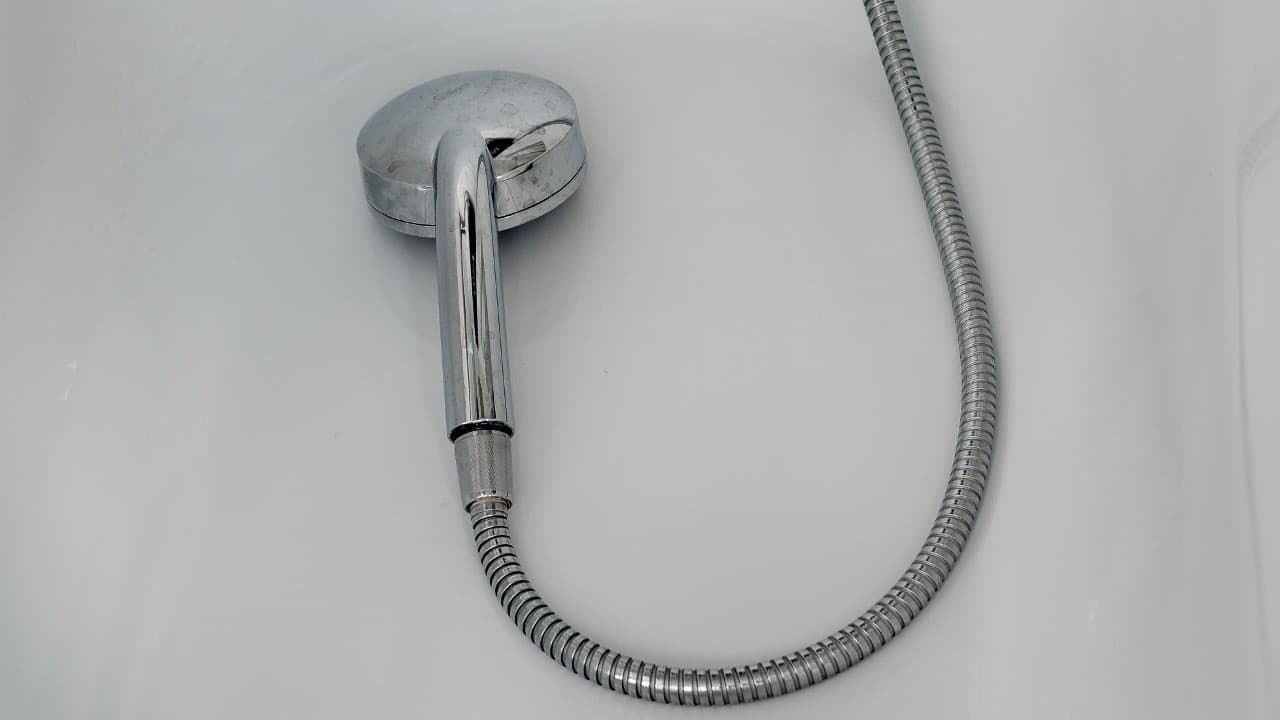 Connecting the shower outlet to the tub, the shower hose is yet another of very visible shower components. Most of these are quite stretchy and give the user additional control over the water flow.

Lastly, the waste outlet pipe is, as its name suggests, the pipe whose job is to carry away the wastewater.

Even though most of us take a shower at least once a day, we don’t really know much about the mechanism behind this simple yet extremely convenient sanitary fixture. Hopefully, our article has helped you learn more about the most important shower components and their functions. 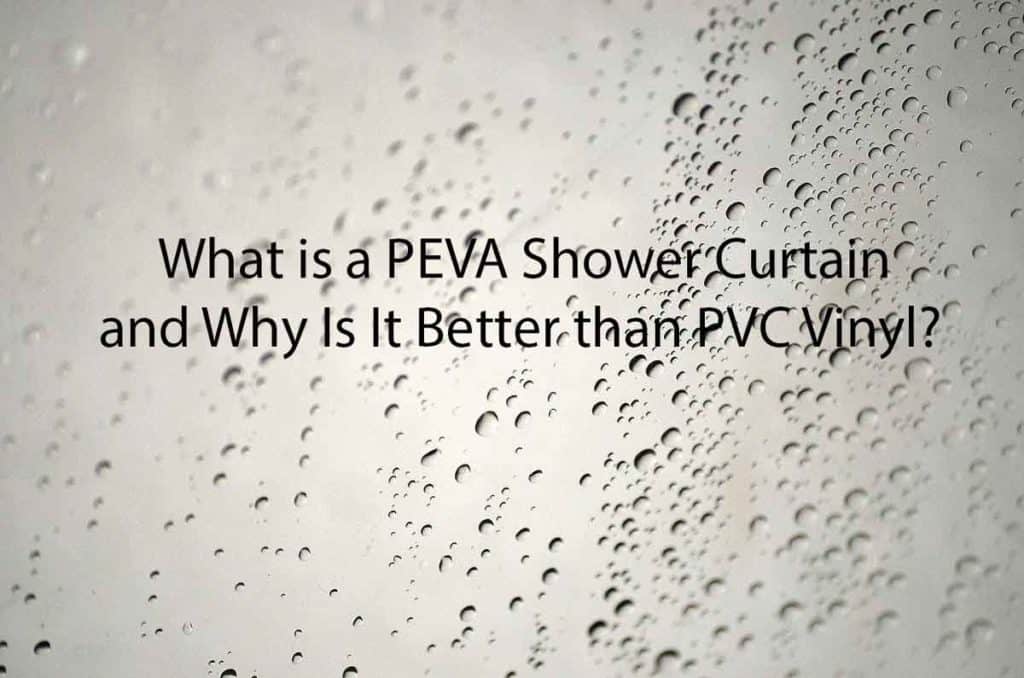 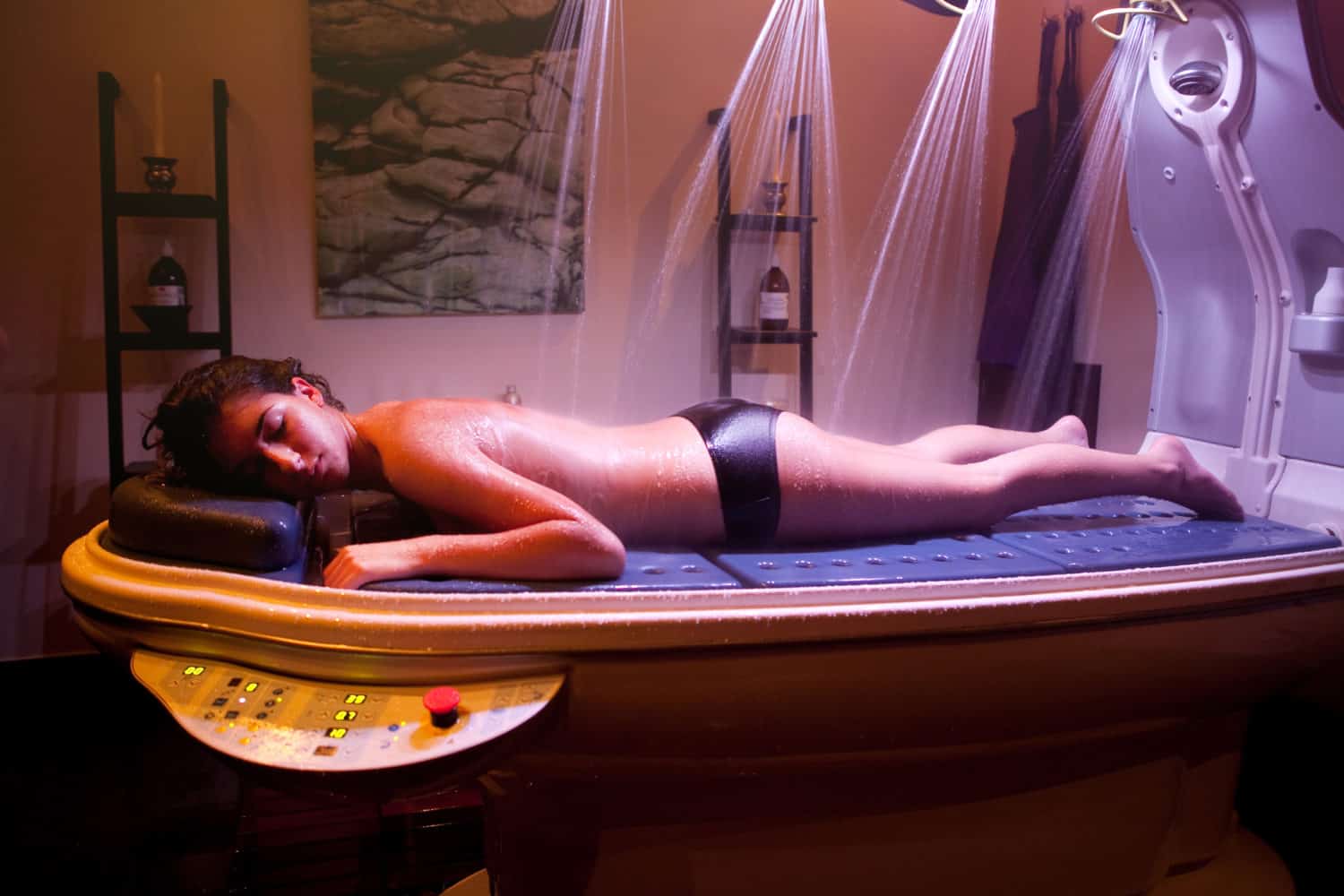 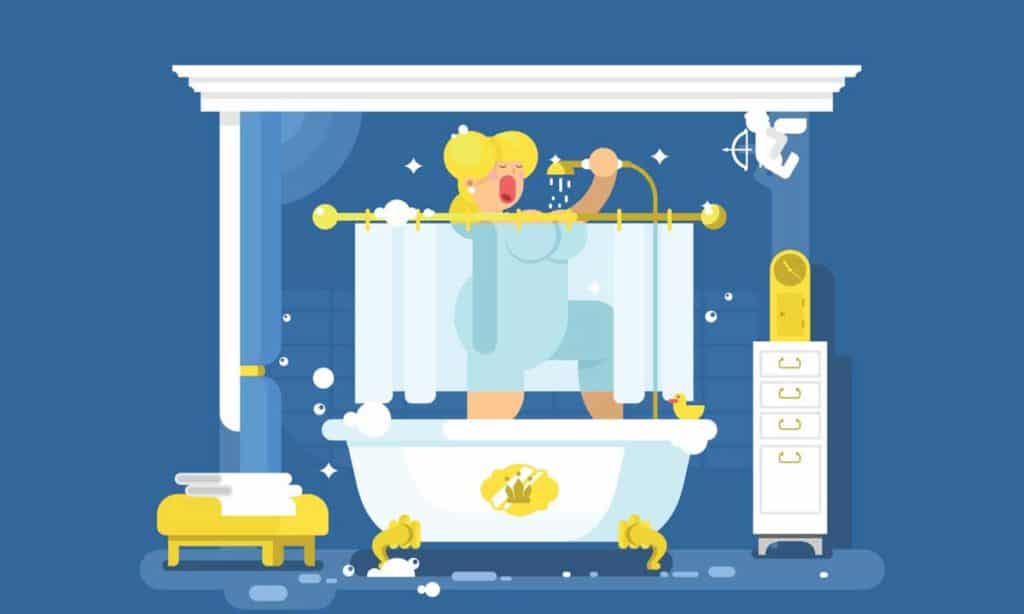